Picture this, a warm espresso shot with a creamy richness.

While latte often gets deemed as the most popular drink in the U.S., Europe gives that distinction to the ever-popular espresso. With these two beverages on top, cappuccino and macchiato are trailing behind in terms of global popularity. But even as all of these espresso-based drinks often make the lists of favorite coffees to have in your preferred coffee shop. Another option by the name of cortado coffee stands out from the crowd. But due to its relatively low profile, you may be wondering what it is and how cortado is made. Believe us, you’re not the only one.

As an espresso-based drink, a cortado is quite popular among those. Who does not want the flavor of their coffee getting affected by too much milk. But who at the same time still want a certain creaminess to their drink in order to cut the overall acidity of espresso alone. This ability to “cut” the acidity is also where cortado gets its name since the moniker “cortado” is derived from the Spanish word “cortar”, which means “to cut”.

Given that it isn’t the most famous drink on the planet. We are here to outline how it is made, how it differs from popular coffees, and what benefits does it pack for those who drink it.

How is Cortado Made?

How cortado is made remains quite a simple procedure. The coffee uses one shot of espresso, and an equal amount of steamed milk in order to cut its acidity. Since the milk is only steamed and not frothed, it has a very thin foam on top. The texture of the coffee is creamy without being overpowered by milk, and its consistency is also silky smooth.

Cortado is served through a traditional cortado glass that has the described thin layer of froth on top. Since it is equal parts espresso and equal parts milk, it is only double the amount of a usual espresso shot. Which makes it smaller in volume than a latte or macchiato.

But given that cortado isn’t exactly the most popular drink for a majority of coffee drinkers. It can take some time for you to acclimate yourself with it. Similarly, if you run a coffee shop, then your customers might do the same before they feel comfortable in ordering a delicious cortado for themselves. That is why it is important for you to not only understand how cortado is made. But also how it differs from other popular coffees.

Given the way that cortado is mixed with milk, it is highly reminiscent of latte. But while the description of espresso mixed with milk might give a general picture of the drink, it doesn’t define it that accurately in comparison to drinks such as latte.

The thick foam that tops latte and gives it its signature look also makes it different from cortado. Overall, the taste of a latte remains very mild, with the serving size ranging from two to four times the volume of a cortado.

But how cortado is made makes it quite different from a latte. With its distinct yet non-acidic espresso flavor and limited volume. It stays closer to an espresso than it is to the popular latte. Keeping this in mind, the next time a customer asks for your recommendation on a drink that is as close to espresso while also using milk. You could confidently recommend cortado to them. On the other hand, if you are a coffee drinker who wants to try something new. Then asking for cortado wouldn’t disappoint you.

A cappuccino is a hot favorite for those who want to consume their coffee with an air of creaminess and a milder, sweeter flavor to boot. Made with an additional amount of aerated milk foam. Cappuccino has a very distinct creamy taste while being lesser in quantity than a traditional latte.

A cappuccino could use about ⅔ to ¼ of steamed milk with ⅓ of espresso. This makes it quite similar to a latte. But where it differs from the popular drink is how it uses an additional amount of thick milk foam to get its signature creaminess.

This way, cappuccino becomes lesser in weight as compared to a latte. Even if its thick milk foam might tell you otherwise by its appearance. The fact that modern baristas are also open to adding different flavors to cappuccino more than any other drink also works wonders towards the drink’s popularity.

But those who do not want the creamy thickness to affect their actual flavor of coffee might lean towards cortado. Since cortado preserves the taste of the actual espresso while also adding just a hint of a dairy taste to it, it might be great for those who are looking to cut calories during their daily consumption of coffee.

If you are one such person, then don’t shy away from asking for a serving of cortado from your go-to coffee shop. If you are a cafe owner, then don’t hesitate from describing how cortado is made to your customers. You might just be giving someone exactly what they are looking for.

Since macchiato comprises of more espresso than milk. It has quite a strong and bitter taste of espresso that overpowers the milk. Even though the coffee is topped with a thick layer of foam. It still doesn’t overcome the strong flavor of coffee that comes with using ⅓ of milk with ⅔ of espresso.

On the other hand. Cortado has quite a balanced taste when it comes to walking the line between the creaminess of milk and the bitterness of the espresso. That is why it is often favored by those who do not want too much milk affecting the certain kick of their espresso. But who also do not want to go down the route of a strongly flavored macchiato.

The difference in the quantity and the amount of caffeine between these drinks is also a deciding factor for many coffee drinkers. Since macchiato has double the amount of espresso and caffeine. Those who want to cut back on their caffeine intake might want to go with cortado instead.

If any customer ever asks you to recommend such a coffee that is the perfect fit for these requirements. You can easily describe to them how cortado is made, and get some praise in return when they deem to be satisfied with the drink. Similarly, if you want to give your favorite coffee shop a reason to surprise you as a customer. Don’t hesitate from switching up from your usual macchiato and ask for a cortado instead. You wouldn’t be disappointed.

Cortado remains a very delicious and easily accessible coffee for those who want to try something off the mainstream. Yet still comes out on top in terms of overall flavor. If you are a coffee shop owner or manager, make sure to highlight cortado as one of your featured items among other popular drinks. If you are a customer, then don’t hold back from ordering cortado at least once. In both cases, you would be thanking yourself. 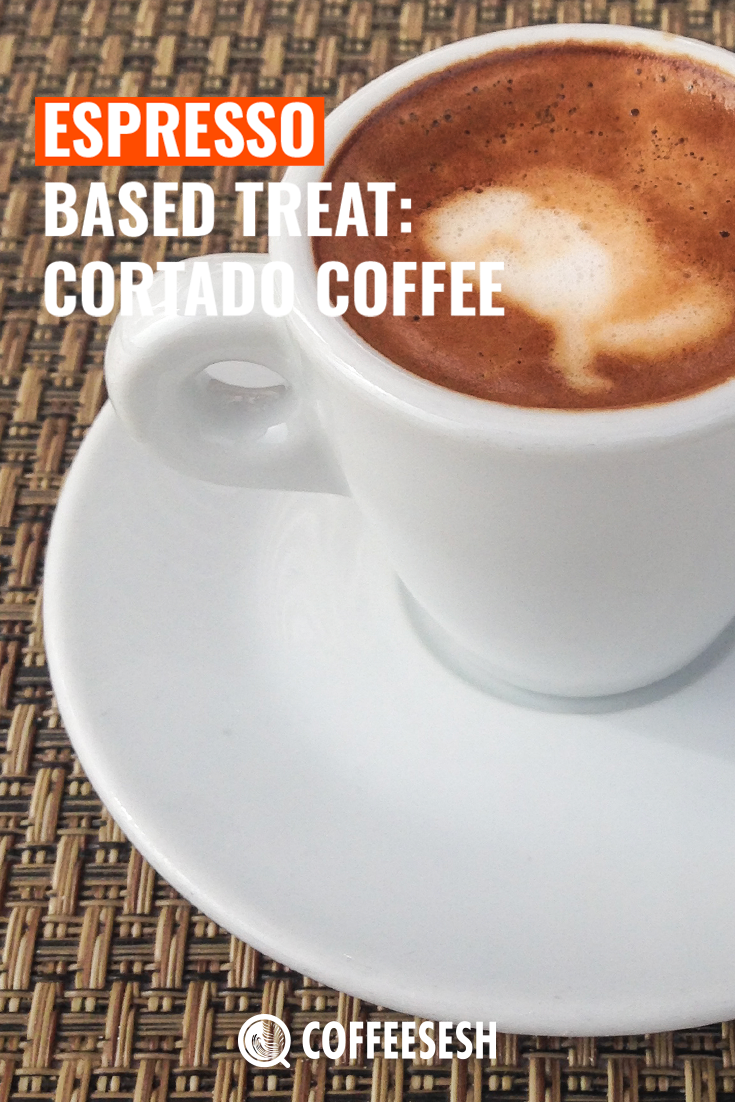 Brazilian Coffee Guide: Production, Brands & Everything You Need To Know.

Coffee in Australia and New Zealand