If you claim that all coffees are alike in front of a coffee aficionado, you will undoubtedly stir up an argument. Some coffee types have been termed as crème de la crème. One of them is Geisha coffee. It comes from the Gesha region of Ethiopia, not Japan, as the name would suggest. It was misspelled somewhere in history, and now we call it ‘Geisha.’

Coffee has a unique past. The plants are challenging and difficult to grow, and it is regarded as one of the finest and most valuable coffees in the world.

Why it’s expensive? How does it taste? Is the hype justified?

This article will help you to address these questions.

Gesha was the traditional name for this special form of coffee that originated in Ethiopia’s Gori Gesha forest. However, the majority of the world now refers to it as Geisha coffee. It’s also been sold with images of the traditional Japanese performer in the past called ‘Geisha.’

It was introduced to Costa Rica from Ethiopia in the 1950s, and it is now predominantly cultivated in Panama. Price and Daniel Peterson, father, and son, first discovered Geisha coffee in 1996 at Hacienda la Esmeralda in Panama. The beans were then processed and produced in 2004, resulting in a Geisha coffee trend.

Because of the way it is cultivated and harvested, geisha coffee has a distinct and nuanced flavor profile. The plant grows best in a unique environment. The majority of it is produced on Volcan Baru, Panama’s tallest mountain at approximately 1500 meters (5000 feet) above sea level, in the Boquete region.

You’ll find mountains, hills, rivers, and gorges in the usual parts of this landscape. And the taste of the Geisha coffee is due to factors like volcanic soils, air-created mists, and cool temperatures.

Additionally, the Geisha coffee plant is the most demanding of the types. Plants have low yields, are tedious, difficult to produce, and often have long wait times averaging eight years compared to four or five for other types of coffees until harvest.

The plants are susceptible to disease and can be very much affected by altitude. The beans are dried for over a week and are still collected today by local people in the mountains. It takes a lot of commitment to grow this coffee.

The challenge of cultivating and processing Geisha coffee is not the only thing that distinguishes it. The world’s coffee experts believe that it has an unrivaled flavor.

Geisha coffee earned a whopping 94 out of 100 flavor scores from the Specialty Coffee Association (SCA), a well-respected authority on coffee. In contrast, standard single-origin gourmet coffee scores in the 80s and 90s. As a result, Geisha coffee is regarded as one of the world’s finest coffees officially.

It’s a complex flavor to define, but it’s probably apt for a coffee bean that’s thought to be more challenging than any other. Coffee aficionados use several words to describe it, but all agree on its exceptional purity, balanced acidity, and silky, fruity notes.

Costliest coffee in the world

Since Geisha coffee is difficult to come by, the flavors described would most likely have to be imagined. It was sold for $803 per pound at the Best of Panama Auction in 2004, which showcases the best of Panama coffee beans and is regarded as akin to the Academy awards for coffee. In 2019, the variety ‘Elida Natural Geisha’ was sold for $1029 per pound.

The reputation of Geisha coffee has risen, and consequently, bidding auctions have become the preferred means of acquiring it. On top of that, it sells out instantly.

If the market demand were more significant than the coffee plants could yield, it would truly be considered the most complex and costly coffee in the world at $110 per cup. However, if you ever fly to Panama, don’t forget to try it; a cup of Geisha coffee costs about $9 there.

Perhaps it isn’t even the coffee’s unrivaled flavor or high demand that makes it popular and costly. Geisha has become a sign of excellence and a metaphor for the sincere effort needed to produce a perfect cup of coffee due to its rigorous production process.

Some options available on Amazon

The best Geisha region is La Hacienda Esmeralda, which is considered the place where the initial crop was found. The Paterson family is still active in the entire manufacturing process, and the variety has been consistently ranked as one of the best coffees for over 20 years. It’s an excellent option if you want to taste the traditional flavor profile that has made Geisha so famous. This one is washed, and you can have it roasted dark, light, or even unroasted beans if you want to roast it yourself.

It is Panama Geisha 100% pure. The coffee is medium-roasted and ready for immediate consumption on the date of order. It is accompanied by an elegant, luxurious wrapping that accurately depicts the excellence of this coffee. You can find distinctive floral and deep notes of mango characteristics when using this coffee, with a classic jasmine aroma.

Mudhouse provides Geisha from Finca La Mula, a different area than the traditional La Hacienda. This pack contains a specific combination of Geisha coffee and Geisha cascara, which helps you sample both the coffee and the coffee cherry tea. This is a rewarding endeavor due to Geisha’s distinct flavor profile.

Mudhouse was named 2017 micro-roaster of the year, and this coffee has fruity notes of passionfruit, blackcurrant, and dried papaya, as well as lingering notes of cacao, jasmine and, rose.

In conclusion, while geisha coffee does not refer to a typical Japanese artist, it has a different character of its own. The harsher climates under which the geisha plant prospers and its dominant status acknowledged by the Specialty Coffee Association, coffee lovers, and cafes all over the world are two of its most defining qualities.

It is one of the most requested, complex coffees in the industry, with a neutral or slightly acidic scent and taste, gentle mouthfeel, and mellow notes. If you have the opportunity to try a cup of this coffee world’s sign of excellence, do so. 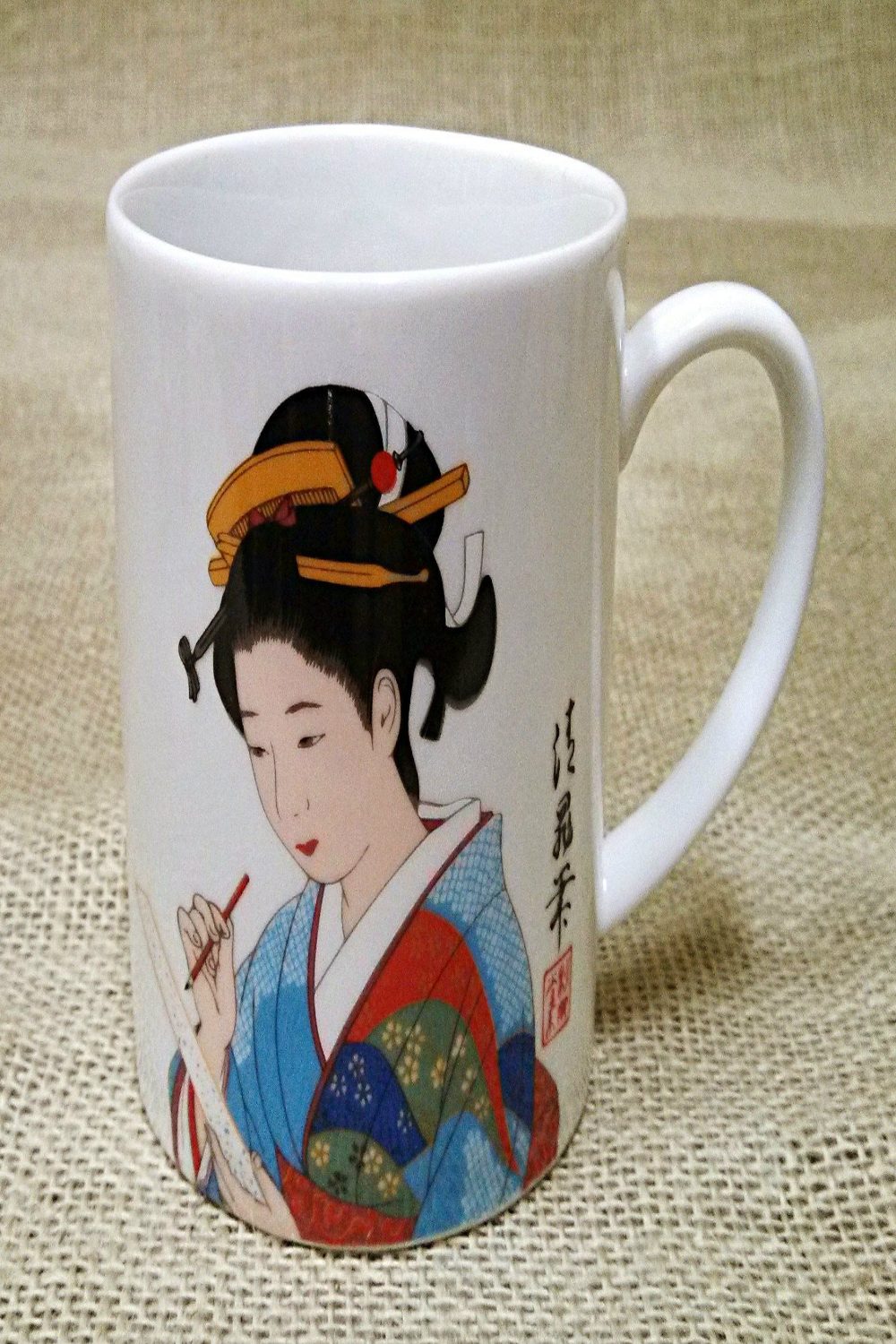 Coffee & Honduras: Everything You Need To Know

Yemen & Coffee: Everything You Wanted to Know