Do you enjoy making coffee? Are you looking for a device that will give you the most value for money? We’ve found a machine that can provide you with just what you’re looking for – The Hamilton Beach FlexBrew Two Way Coffee Maker.

The Hamilton Beach FlexBrew 2-Way Coffee Machine is a gadget that allows you to make coffee in two different ways. This small machine is not only effective, but it’s also reliable, simple to use, and makes excellent coffee. Continue reading to find out what there is to know about Hamilton’s FlexBrew model.

L.H. Hamilton and Chester Beach founded Hamilton Beach in 1904 in Racine, Wisconsin. Until the industry started to produce smaller engines for household appliances in the early 1900s, most motors were mainly for industrial use. Beach, who invented a universal motor for use in household appliances, was a pioneer in this movement.

Following that, the workmates partnered up to start Hamilton Beach. Food mixers, pop-up toasters, irons, and, of course, electric coffee makers were among the first products produced by the new company. The company is mainly located in the United States, Mexico, and Canada now sells approximately 34 million products per year.

One of Hamilton Beach’s higher-end coffee makers is the FlexBrew Two Way Coffee Maker. The good news is that while this device is designed for the serious home coffee enthusiast, it is still within reach of many of us.

This machine’s key benefit is its adaptability. This unit is virtually unbeatable, thanks to its two automatic brewing choices, two water tanks, and the capacity to brew coffee grinds and pods and K-cups. Since this machine can do both brewing methods, it’s helpful to understand the distinctions between them and why getting both choices in one system is convenient.

Carafes are used in conventional drip coffee machines, which can brew large amounts of coffee at once. These coffee makers have been there since the early to mid-1900s, and many Americans widely use them.

Modern coffee makers have a few disadvantages, including the need to buy paper filters or a disposable filter to brew coffee. Similarly, most coffee grounds come in different-sized bags, which you might be left with if you buy a coffee blend you don’t care about. Classic drip coffee can become your best mate if you prefer making a big batch of coffee in one brew cycle to drink during the day.

Traditional coffee, on the other hand, will give you a better value for money over time. Purchasing inexpensive products in bulk can save you extra money in the end than using K-cups or pods.

Those who favor the K-cup brewing process, on the other hand, claim that where they don’t pay off in long-term cost-effectiveness, they do so with an efficient output. K-cups brew in around 1-2 minutes, offering you a tasty cup of coffee in no time.

They are helpful not only because they brew quickly but also because they allow you to try a wide range of blends and flavors. Similarly, if you don’t like a combination, you just lose one serving of coffee. K-cup servings are ideal for those who want a rich cup of coffee quickly.

Before you buy, it’s helpful to know everything— particularly what’s included with the purchase. The FlexBrew comes with a coffee pot, funnel, and single-serve filter.

About brewing, the FlexBrew does well. It is capable of brewing two different styles but can do heavy-duty in both capacities.

The FlexBrew has the option to choose from two strengths: bold and regular. You can choose from these two choices depending on how intense and flavorful coffee you want.

The “bold” choice allows you to get up with a stronger coffee to get your day started. It takes a little longer to brew because the priority is mainly on flavor and extraction of caffeine from the grounds. Many who prefer a strong cup of coffee, on the other hand, would find that the modest delay is well worth the wait.

A “regular” brew quality is also available, which takes less time and isn’t quite as strong as the “bold” choice. If you want to drink a lot of coffee in one session or just want a simple, fast cup in the evenings, this brew is an attractive alternative.

Both the carafe and single-serve sides will brew with these settings, which is perfect. One of the characteristics that make the FlexBrew as flexible as it promises to be is its versatility.

This unit has a plethora of functionality to experience. Though it’s hard to choose just a few, here are a few of FlexBrew’s most influential, competent, and enhanced features.

FlexBrew’s primary attribute is two-way brewing. With two brew sizes available, it’s more satisfactory and easy to get your ideal dose of coffee with one click of a button.

The carafe can not only brew a large 12-cup batch of coffee on the one hand, but it can also brew a single-serving size using a K-cup or pod. So, if you’re in a hurry and you need a cup of coffee before heading out to the office, you just have to do is put the coffee in, and your big or small brew will be ready to drink at the touch of a button!

Getting two water tanks and two brewing sizes makes brewing a breeze. The system has different water reservoirs instead of a single big one, allowing it to quickly choose the amount of water per the size of your brew.

Aside from its brewing capacity, Hamilton’s compact design is something to admire. This portable unit, which measures 13″ x 12″, can fit on almost any kitchen counter.

A small storage compartment under the drip tray on Hamilton’s single-serve side allows you to store pods or K-cups. The drip-tray stand not only has a small compartment inside, but it is also entirely removable. This makes brewing the single-serve side with a large mug or a thermos simpler.

The FlexBrew is extremely easy to maintain as most of the parts are detachable. The reusable carafe, drip tray, and K-cup brewing parts are easy to wash. They can also be cleaned in a dishwasher.

You should thoroughly clean the inside of the FlexBrew by rinsing it with a solution of 1 part white vinegar mixed with two parts warm water. This approach can be used on both the carafe and single-serve sides. Repeat it with warm water at least twice after using this mixture to eliminate any vinegar taste left in the system.

Our Verdict for Hamilton Beach FlexBrew

We’ve concluded that this pretty small device has enthralled us. The FlexBrew is a worthy pick if you’re hunting for a reliable, consistent, and durable home brewing unit.

Performance and incredible versatility are always assured with the FlexBrew, and it can steadily brew a carafe of coffee with impeccable quality. 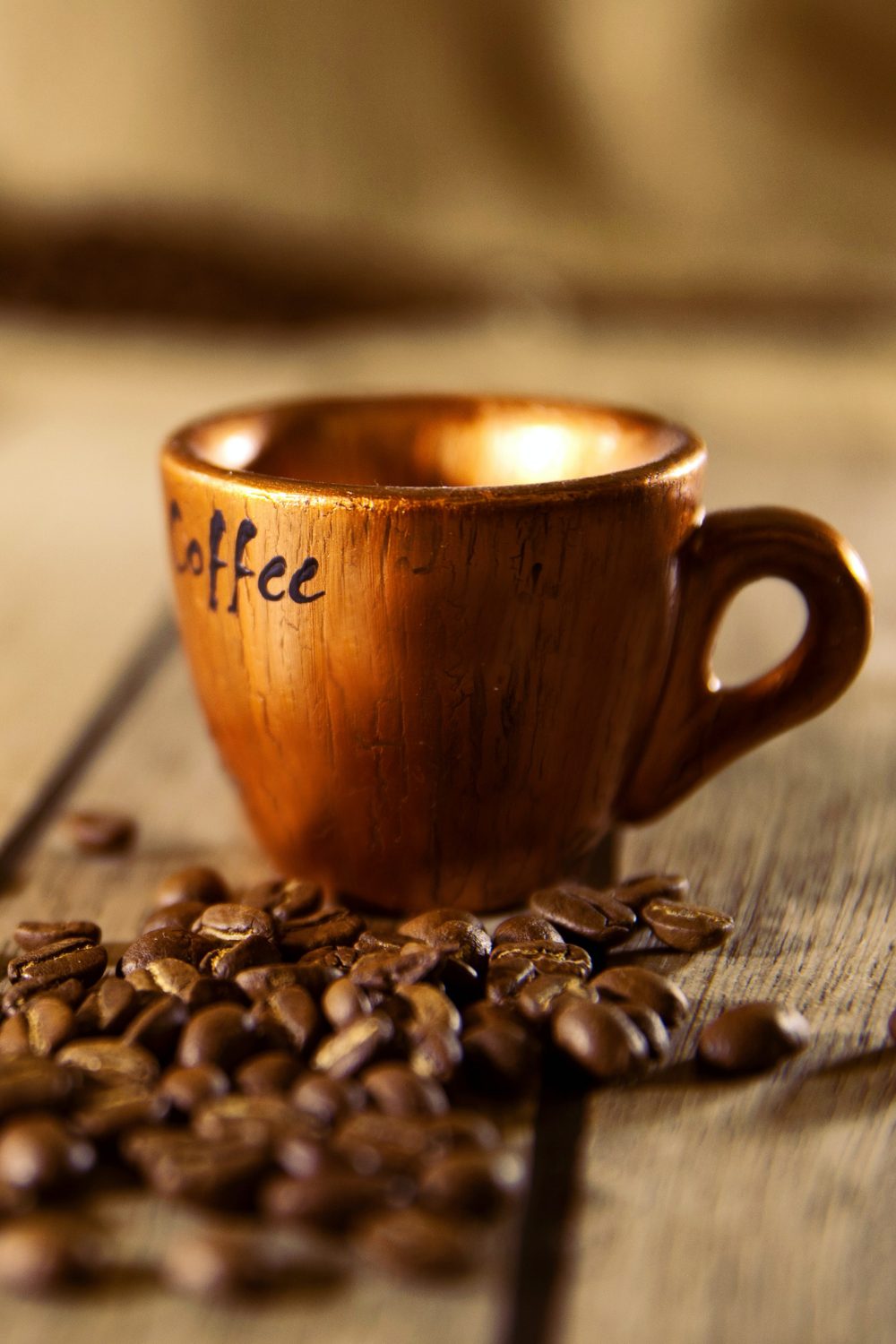 How to Make Iced Coffee with Keurig

How to Clean a Coffee Maker with Baking Soda