Most people reach for coffee and energy drinks when they have to burn the midnight oil. These yummy drinks contain caffeine, which is a stimulant, so they’ll perk you up and give you the energy you need to get the job done!

So the longer you have to stay awake and alert, the more coffee you should drink…
right?

Well, maybe! If you have a high caffeine tolerance, you can get away with knocking back a few more cups than you normally would. But there is such a thing as too much caffeine. If you start to get unpleasant physical symptoms like jitters and nausea, it’s definitely time to put down the coffee mug!

If you want to know how much caffeine you can safely consume without any of those ill effects, you’re in the right place!

How Much Coffee Can I Drink?

We were surprised to learn that you shouldn’t consume more than 400 mg of caffeine per day. That’s equivalent to four small, eight ounce cups of coffee. Our favorite order at Starbucks, a venti brewed coffee, contains 415 mg of caffeine… so we exceed our daily limit of caffeine by 8 AM!

If you consume more than 400 mg of caffeine in one day, which is easy to do, you may experience symptoms like nervousness, irritability, restlessness, tremors, and an upset stomach.

It’s important to remember that everyone’s caffeine tolerance is different, though. If you can drink a venti brewed coffee without any symptoms, go for it! Just try to go easy on the caffeine for the rest of the day.

Should I Drink Less Coffee?

On the flip side, your tolerance to caffeine may also be lower than 400 mg. Some people have heightened sensitivity to caffeine and metabolize it more slowly than others. People with caffeine sensitivity experience symptoms like a racing heart, insomnia, nervousness, and headaches after consuming just a little bit of caffeine.

Unfortunately, caffeine sensitivity is genetic, so if you get the shakes and an upset stomach after drinking just one cup of coffee, you may have to stay away from it. If you just can’t give up your caramel macchiatos (we don’t blame you), then try decaf!

Pregnant women and people with heart conditions should cool it on the coffee, too.

Caffeine does cross the bloodstream and make it to the fetus. While it’s not entirely clear how too
much caffeine might affect an unborn baby, some studies have shown that high caffeine intake increases the risk of miscarriage and can cause the baby to have a low birth weight.

Pregnant women also take four times as long to clear caffeine from their bodies, so they may be extra sensitive to the stimulant effects of caffeine. If you’re pregnant, keeping your intake at 200 mg or below will keep you from getting symptoms like the shakes and protect your baby from the potential side effects of too much caffeine.

Coffee Isn’t the Only Thing That Contains Caffeine

Your morning cold brew isn’t the only thing in your diet that contains caffeine.

Stuff that you don’t expect to have caffeine in it sometimes does, so you can easily exceed your daily caffeine limit without even knowing it. We try to read nutrition labels and ask ourselves if we really need that second cup of coffee to avoid consuming too much.

Can You Overdose on Caffeine?

Technically you can overdose on caffeine, but caffeine overdoses are super rare. You’d have to consume ten whole grams of caffeine to overdose on it. That’s 10,000 mg of caffeine, which is equal to 100 small cups of coffee!

Please don’t dare to try this at home either, this will not be safe for you.

Caffeine overdoses have been reported, but they usually involve caffeine pills and powders, which are much, much more concentrated than regular coffee.

Consuming one teaspoon of powdered caffeine is like drinking 28 cups of coffee, so it’s easy to see how someone could accidentally overdose on it!

The best thing that you can do to prevent yourself from getting sick from your coffee is to pay attention to how your body feels before you sip. Your body will warn you if you’re consuming too much caffeine. Early signs of overdose include nervousness, restlessness, jitters, increased heartbeat, nausea, and anxiety. If you stop drinking when you get these symptoms, you’ll be just fine! 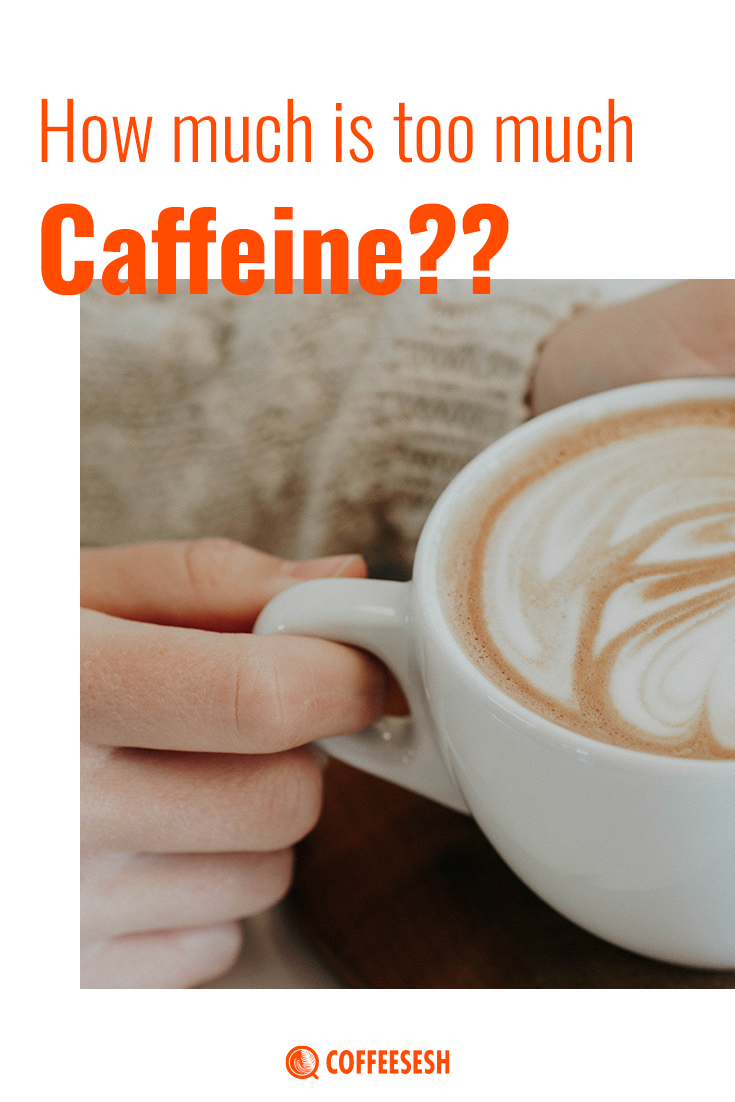 Coffee Tips: How to Clean Coffee Grinder With Ease

How Many Calories in a Cup of Coffee?

5 Most Popular Coffee in America

How Long Does Coffee Creamer Last?

How Much Caffeine is in a Latte?