If you find yourself wasting too many used coffee grounds, there is a crafty way to utilize this organic waste. Coffee has been used as part of gardening techniques for fairly long now, and they are believed to have several benefits for the growth of beautiful flowers like roses. But before you jump to sprinkle those grounds on your soil, there are some things you might want to be wary of.

Too much coffee can cause serious harm to your lovingly built garden, and in this article, we will go over the correct way to use your coffee grounds as a fertilizer for roses. We’ll also explain some basic science behind the phenomenon to help you understand the process better.

Coffee grounds can be useful for the growth of several plants besides roses. Azaleas, tomatoes, and blueberries are other examples of plants that can use some coffee.

The primary reason behind this is the presence of nitrogen in coffee, which makes up about 2% of its entire composition. This nitrogen is like food for plants and helps them grow. However, too much nitrogen will have the opposite effect and inhibit growth.

Coffee grounds also help in the same way vegetable skins do. They contain micronutrients like phosphorus, calcium, and potassium that are beneficial for soil development. They attract bacteria that loosen up the soil for efficient growth. Used grounds also have a pH level that is neutral to acidic, the same as roses. Here, one must be careful not to use fresh coffee grounds instead of using one. Which is highly acidic, and will destroy the ability of the plant to absorb essential nutrients from the coffee.

The second, and more important ingredient of coffee to be wary of is caffeine. Though it’s perhaps the biggest reason behind coffee consumption among humans, the reverse is true for plants. Caffeine initially supports the growth of plants, but with the passage of time this influence turns negative and the chemical slowly kills nearby plant cells. This can potentially ruin your garden in quantities that are too high. Caffeine is also highly acidic, and used coffee grounds still have around 8 milligrams of it left inside.

Because of the potentially disastrous impact of coffee, it is important to use it as fertilizer using accurate methods. One very common tip is to simply sprinkle coffee grounds on the soil of your roses. However, this method is highly contentious, with some claiming that it’s the easiest way to do it. But others believe that it is better to either add the grounds to your compost or dilute it with water to avoid concentrating nitrogen in parts of the soil.

For composting, you need to mix the coffee grounds with things like paper, cardboard, eggshells, leaves, etc to balance the nitrogen levels of the compound. Only about 20% of it should comprise of coffee grounds. Deviating from this ratio can cause problems like a bad smell.

If you chose the latter option, take around one cup of coffee grounds and one gallon of water per bush of roses. Alternatively, if you’re short on water, you can use a mixture of three-fourths of coffee grounds with one-fourth part word ash. Make sure that the coffee mixes well with the soul. And does not form molds on the surface of the soil.

Coffee grounds, if used in the correct way, will give your roses bloom and color. Unlike anything, you might have seen before. Their micronutrients and pH level are ideal for growing roses. But their caffeine levels can be a problem if this tip is overused. Avoiding freshly ground coffee and adding grounds directly to the soil should ensure minimal damage to your garden or soil. If you choose to mix the coffee with ash or water, dilute it, or use it in your compost. Make sure to stick to the correct proportions for the best results. 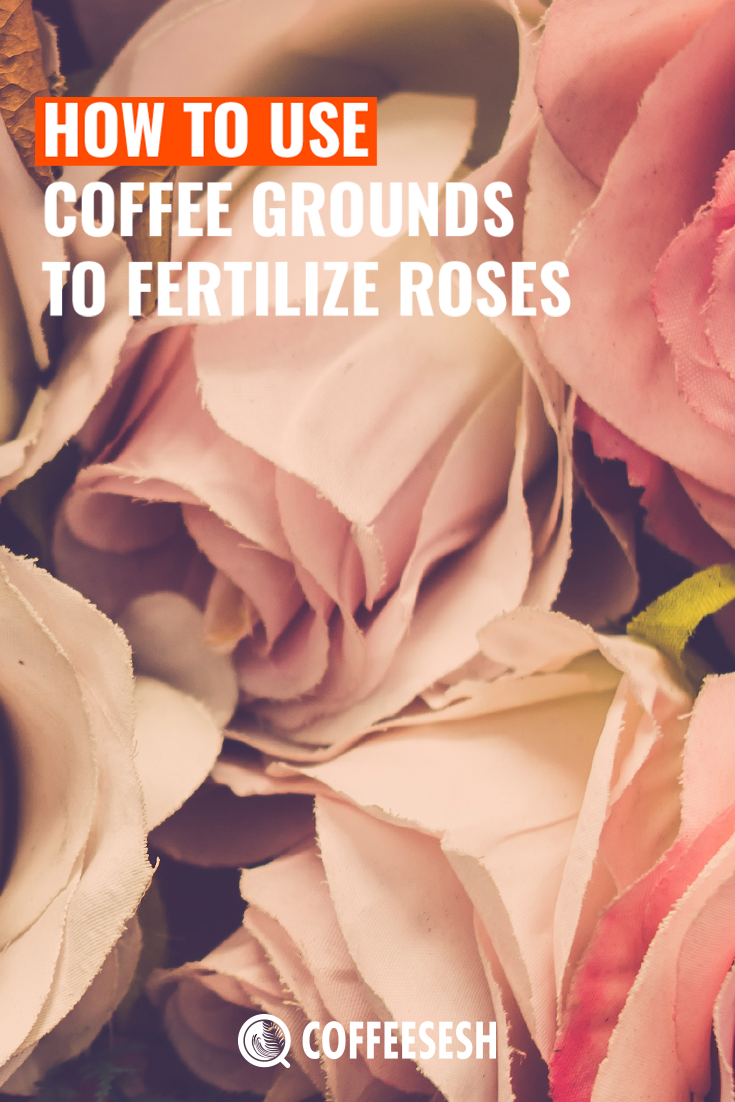 Your Guide to Coffee Cheese (Kaffeost)

Your Guide to Sumatran Coffee

What is Coffee Bloom?

Your Complete Guide to Making Coffee Ice Cream at Home.