Whenever you speak about coffee, the word “Java” often tends to pop up. Used as a general way to refer to America’s favorite beverage, the term has a more profound meaning behind it than just being a synonym for coffee. Specifically, Java is an island in Indonesia, which is known for its coffee production. Similar to the practices of other coffee-growing regions in the world, the coffee produced in Java is referred to by the name of the area it’s grown in.

But seeing that not every cup of coffee you drink comes from Java, that general phenomenon of calling all coffee “Java” raises some fascinating questions.

Where does the generalization come from? What is Java coffee used in? What exactly is Java’s role in coffee production? And where does the actual Java coffee stand in terms of popularity today?

Seeing that the answers to those questions could be very muddled and conflated at times, I am here to explain Java coffee to you. From the usage of its moniker to its production status in the current day and age, here’s all you need to know about what is Java coffee and where does it stand on the coffee popularity scale.

Why Is All Coffee Called Java?

Today, the term Java is used to refer to any coffee – especially in the U.S. – and there is a perfect reason for it.

When coffee first became popular between the period of the 1600s-1800s, it was the Dutch who were primarily credited with growing coffee in far off regions and introducing the resulting beverage to the Western world. While there are no prizes for guessing which part the Dutch chose to primarily grow it in, you still get brownie points if you instantly thought of Java, Indonesia.

Through a delivery system levied on Javan locals, the Dutch obtained their much sought after coffee beans as well as other foods through the region. Having brought coffee seeds to Java in search of a suitable climate to grow them in, the Dutch soon found the part of being the perfect home to their import.

That leads us to the current day and age, where the moniker of “Java” gets sorted in the same category as “cup of joe,” “a daily dose of caffeine,” and the more straightforward “coffee fix.” But that doesn’t mean that the actual Java coffee has ceased to exist.

Keep up with our COFFEE INSPECTOR and check out another installation like “Coffee Inspector: Flat White VS Cortado. Do you know what a Cortado is?

Java Coffee is a Distinct Flavor With Premium Coffee Beans

In its original state, Java coffee is 100 percent arabica, which has a higher quality, a strong flavor, and noticeable acidity. This is mostly in contrast to robusta coffee, which is milder and utilized in instant coffee blends while being available for half the price of arabica coffee beans. See the differences between the robusta beans and arabica beans in “What’s the Difference Between Arabica vs Robusta Coffee Beans“.

Out of these two groups, arabica gets branded as the superior coffee type, which is why Java coffee also receives a certain stature amongst coffee beans.

But it’s not just the status of arabica that stands Java coffee apart. The coffee also has a distinct flavor that could instantly be appreciated by coffee aficionados. Depending on the specific area in Java that the coffee is grown in, you could taste acidic to earthy tones quite easily. The coffee is good enough to be enjoyed on its own, while also making a great choice to be used in milk coffees such as a latte. Simply put, what is Java coffee going to taste like and who it is going to appeal to largely depends upon the specific region where the coffee was grown.

With that being said, one thing is for sure. From gourmet coffee enthusiasts to regular coffee consumers, Java coffee has enough qualities to offer to anyone, even those who remotely enjoys a cup of joe regularly. This is why Java coffee is making a comeback with quite a bang.

Java Coffee Got Pushed Into Obscurity, But It’s Back In Production

Over time, other coffee beans such as those from Brazil and Colombia became more famous, slowly pushing Java coffee into obscurity. This also made Indonesia more famous for producing coffee through the island of Sumatra – mainly becoming a sought after region for Starbucks.

But thanks to new generation coffee growers, Java coffee from the original region is now back in business and growing in demand. This is thanks to the region’s ideal climate to grow coffee, which has once again inspired others to follow coffee’s roots back to the island of Java.

Today, Java coffee is popular within Indonesia in a host of local cafes, which use the beans to enhance the flavor of their regular offerings. At the same time, arabica beans from Java are also being used in specific international locations. In 2016, importers in Atlanta, Georgia were front and center in showing their enthusiasm for Java coffee beans. That popularity has only grown once again with time.

Check out yet another piece from COFFEE INSPECTOR in “Coffee Inspector: Pour Over vs Chemex” Which method is right for you?

If you like distinct and robust flavors in your cup of joe, there are high chances you might make Java coffee your go-to beverage afterward. The only way to know for sure is to ask for Java coffee the next time you are visiting your local cafe.

Thank you for reading! Be sure to check out similar content like “The Future of Coffee: Tea Bag Coffee (Steep Brewing)” and learn how to make coffee in the morning with this new method. 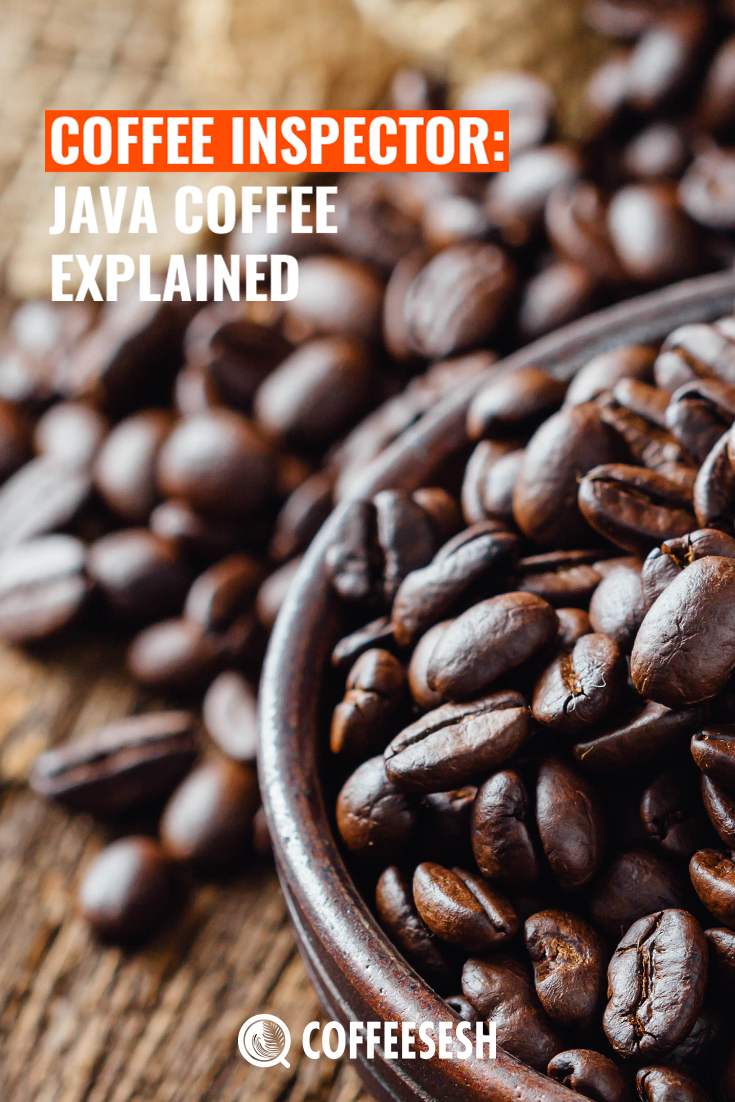