Ah, lattes. They’re one of our favorite drinks on the planet. The frothy milk, the BOLD espresso, the fine dusting of cinnamon on top—we love absolutely everything about our morning latte!

Cappuccinos are pretty similar to lattes, but sadly, they don’t get as much love! Both drinks have the same basic ingredients—espresso, steamed milk, and milk foam—but lattes seem to be much more popular. Between June 2017 and June 2018, Americans drank a whopping 67 million lattes, making it the most popular coffee drink in the country!

We have to admit it—we order lattes a lot more often than we order cappuccinos. But what is it about lattes that makes them special? Why can’t the cappuccino compete?

Today we’re going to take a look at the differences between lattes and cappuccinos and see if we can figure out why lattes reign supreme!

Cappuccinos Have More Foam than Lattes

The main difference between lattes and cappuccinos is that cappuccinos have more foam. Both drinks are made with espresso, steamed milk, and milk foam, but they have different amounts of each ingredient.

Lattes are mostly made up of steamed milk. They usually have a two ounce shot of espresso, six to eight ounces of steamed milk, and a thin layer of foam on top.

Cappuccinos are also smaller than lattes, which brings us to the next point of difference!

Lattes are Bigger than Cappuccinos

We think that one of the reasons lattes are more popular is that they’re bigger. A standard latte is eight ounces, whereas a standard cappuccino is only six.

Coffee lovers may feel like they’re getting a better deal when they buy a latte because they get a bigger cup. The fact that lattes are bigger may also make people think that they have more espresso than cappuccinos… and who wouldn’t want more espresso?!

We bet you’ve never seen a pumpkin spice or gingerbread cappuccino! That’s because most coffee shops don’t add extra syrups or flavorings to their cappuccinos. They serve them au naturale so you can enjoy their pure, delicious coffee flavor!

You can always ask to have syrup added to your cappuccino if you want it to taste sweeter. But sadly, you won’t be able to order an eggnog cappuccino straight off the menu anytime soon!

We think that’s one of the reasons why lattes are more popular than cappuccinos—they come in lots of indulgent flavors that cappuccinos don’t, which entices more people to buy them.

Lattes are Sweeter than Cappuccinos

Even if you don’t add syrup or whipped cream to your latte, it’ll still be sweeter than a cappuccino.

Steamed milk tastes even sweeter than regular milk, and lattes have a lot of it! Because of the steamed milk content, lattes taste creamy, rich, and subtly sweet. If you have a sweet tooth, lattes are definitely the drink for you!

If you like a stronger coffee flavor, though, definitely go with a cappuccino. A good cappuccino isn’t bitter, but it does have a bold espresso flavor that’ll perk you right up!

Have you ever had an iced cappuccino? We have, and it’s kind of a weird experience!

An iced cappuccino has milk, espresso, and ice, just like an iced latte. But then it gets topped with a warm, thick layer of milk foam, which is when things start to get weird!

The freshly steamed layer of milk foam melts the ice and makes the drink all soupy and lukewarm in a matter of minutes. Putting steamed milk on top of an iced drink just kind of ruins it!

Cappuccinos may have a few drawbacks—they’re a little smaller than lattes, don’t come in special flavors, and don’t taste good iced—but we think they’re still very much on par with lattes! 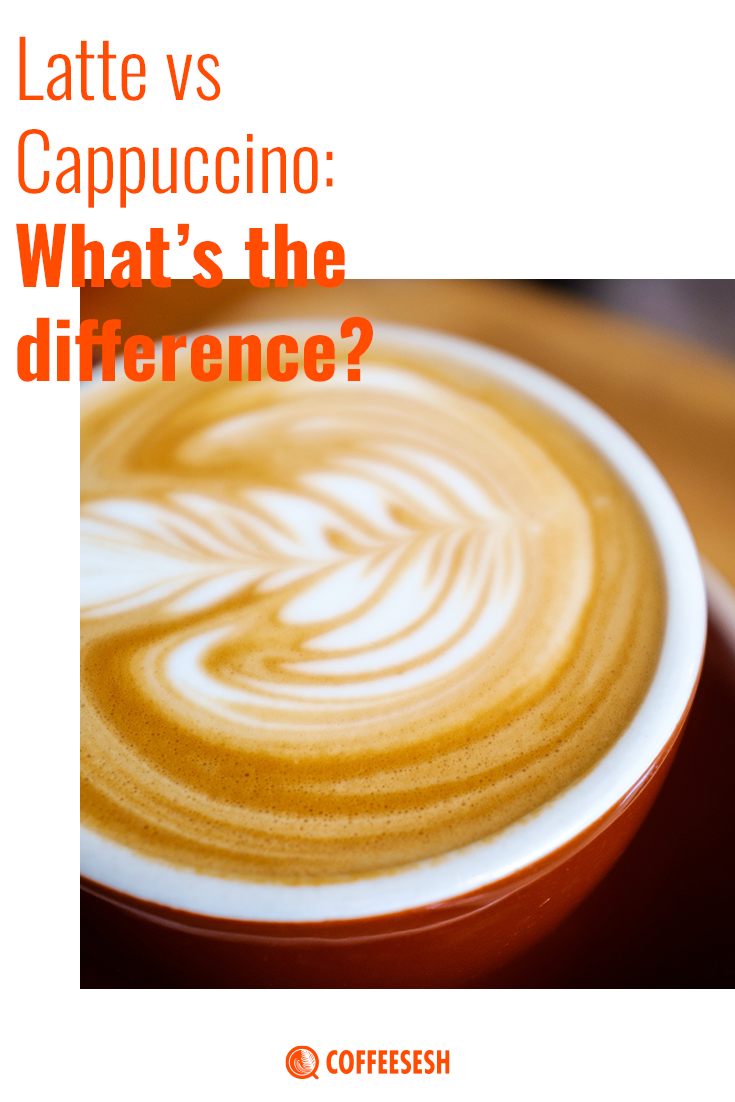 Why Does Coffee Make Me Tired?

Coffee Basics: 3 Reasons Why Coffee is Good for You