Coffee is arguably the universal beverage term globally. Even in a foreign country where one doesn’t speak the native language, one would on the bare minimum be able to order a cup of coffee. We cannot make a case for this argument without appreciating Europe for giving us a good dose of contribution to its prominence. Not just in terms of words and names, but importantly, how we make and enjoy coffee. Italy gave us the espresso machine and the name latte. Both form the core of coffee drinks and every café worth its salt has the aforementioned.  Europe is also the biggest consumer of coffee drinks.

Coffee, being an integral part of day to day life in Europe, the purpose and occasions to partake coffee is well defined. The type of coffee used in brewing drinks also matter a great deal. While most of the countries consume and pride themselves in their home grown coffees, which give them a fresh source for the refreshment, they pay attention to exotic varieties to savor unique tastes. They therefore heavily rely on imports.

As mentioned in the introduction, we owe it to Italians for being the source of the most versatile base for most of our coffees. Thus, espresso is deeply ingrained in European coffee drinking culture, and in Italy in particular. Espresso is made by forcing steam under high pressure through roasted coffee beans in an espresso machine. The result is a highly concentrated coffee drink which is generally bitter as is for a lot of people, but a favorite for Italians. It’s either taken in single shots or doubles called caffe doppio. It is enjoyed any time of the day but is more preferred after dinner.

Cappuccinos, which are made from equal parts espresso, milk and froth milk, are consumed in the morning amongst Italians.

This is basically a cappuccino with more milk. The milk- to- espresso- ratio is usually 3:1. It is consumed in Croatia, alongside the Macchiato, which is a latte topped with chocolate and sometimes whipped cream. Latte is also dominant in Denmark. Danes consider it a social drink, thus, is mostly enjoyed in groups at homes or coffee bars.

This is another variant of latte, but unlike the original latte, the coffee used to make this drink is brewed rather than the espresso in latte.  The result is that it becomes weaker than the latte made from with espresso. In Europe, French people indulge in Caffe au lait mostly in the morning. Which means it is a breakfast beverage consumed in homes and cafes. The French are unlikely to have Caffe au lait at any time of the day beyond breakfast.

Belgium is also a big consumer of caffe au lait. In most instances, the drink is topped with whipped cream, chocolate and cinnamon.

Kaffee is a German specialty. The name, itself, is a direct translation of coffee to German. While Germany is known better for beers, coffee consumption in the country surpasses that of beer. Germans forgo the espresso machine, opting for the old- school drip filter. The drip process gives Kaffe its distinct strong but mild in flavor and bitterness taste. Kaffe pairs well with the beer-drinking culture— with a strong suggestion that it cures hangovers. This explains why its consumers prefer it black and is the default way to enjoy Kaffe in Germany.

The Turk Kahvesi is a Turkish coffee that inspires how a number of other Middle Eastern and South Eastern European countries prepare their coffee. It uses very finely ground coffee beans. Any beans can be used, but Arabica is the most preferred. The preparation method is by bringing to boil the ground coffee, water and sugar.

The reason for paying particular attention to the fine grind is because it is consumed as suspension in the drink. Little residues remain at the bottom of the cups. Other countries that use versions of Turk Kahvesi are Cyprus, Bulgaria and Greece. 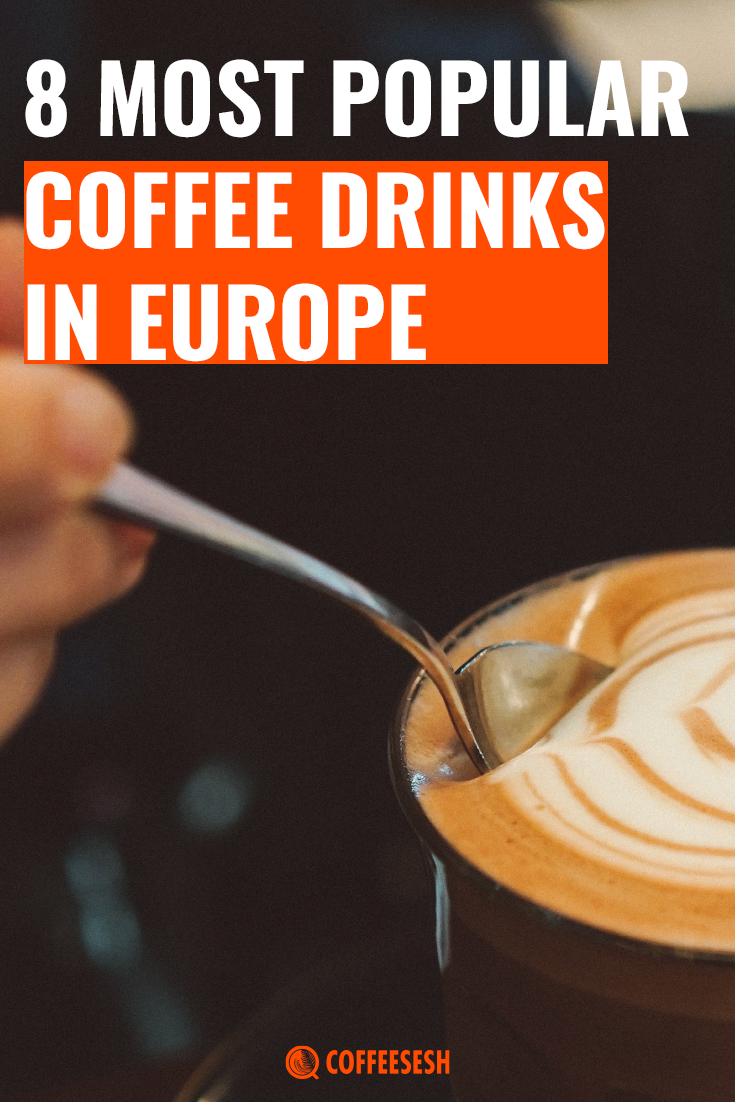 The 3 Best Alcoholic Coffee Drinks You Have to Try

Winter Coffee Drinks That Are Perfect in The Cold