How many times have you overheard someone asking, “is the coffee espresso roasted?” Too many times would be our guess. Yet, despite the prevalence of espresso, there doesn’t seem to be a definite agreement on what espresso roast is. In order to fully understand that notion, we have to delve deeper into the art of coffee roasting. We will also touch on other factors that influence the quality of the espresso, like grind and type of coffee used and try to determine which of these has the greatest impact on the resulting cup.

Once harvested, green coffee beans are subjected to the process that greatly changes their chemical and physical properties, making them ready for use. The process is called roasting. Although many books have been written on the subject, describing the steps involved in detail, it is still considered an art, rather than a science. The reason is that there are so many variables involved. Even with the most expensive equipment, it is quite possible to repeat the process in the exact sequence twice and get different results.

Roasting releases aroma and flavor hidden inside green coffee beans. Once exposed to heat, coffee beans start to transform from a mere plant seed to a delicacy people enjoy around the world. Beans lose water, increase in volume, and shrink in density. Their color changes and oils begin to appear on the surface. Ending the roasting process in the correct moment is absolutely crucial. However, knowing when the exactly-correct-moment happens is the difference between seasoned masters and novices.

There are several levels of roasting, ranging from light to dark. The names come from the color of the beans at the end of the process. The longer they are kept on heat, the darker they become. Generally accepted scale involves four types, light, medium, medium-dark and dark roasts. However, each level contains multiple subtypes. For instance, light roasts include Light City, Half City, New England Roast, Cinnamon Roast, and many others. Medium roasts are City roast, Breakfast Roast, and American Roast.

Not confusing enough? Add in the fact that each coffee brand has its own peculiarities and roasting two different types of coffee beans on the same setting will result in two different roast levels. Also, climate plays a great role and humidity can greatly affect the process— although, most roasters these days use modern climate-controlled rooms to eliminate that factor. Keeping an eye on every detail of the roasting process can be tedious and experience is a highly-valued commodity among coffee roasters.

But What About Espresso Roast?

Among dozens of roasting levels, there isn’t a single one called Espresso Roast, per se. Speaking in general, lighter roasts are better for filter coffee, while darker tones are more suitable for espresso. The problem is that the exact type of roast depends on personal preferences. Some people prefer Italian Roasts or French Roasts, while others enjoy Vienna Roast. Roasting coffee dark means going past the second crack and will result in beans covered in oils.

At this point, it is very easy to overdo it and ruin the entire batch, so if you are home roaster trying to get that elusive espresso roast, you might want to wait until you have some significant experience under your belt.  The darker the roast, less acidity remains in beans and the burnt flavor gets stronger, so people who like a bit of acid taste will opt for lighter roasts.

The established opinion is that coffee intended for filter machines should be lightly roasted, while espresso should be darker. For a long time, this preference was based on purely empirical reasons and findings that dark roast simply yielded better results in an espresso maker. Only recently it was discovered that it has to do with the temperature used in the preparation process. Espresso is made on a significantly lower temperature compared to filter coffee, which made coffee more sour. The answer to this was using dark roasts, which eliminated acids from beans. The other point of difference was grinding.

Espresso grind is much finer than filter grind, which generally uses a coarser setting on the grinder. Again, this has to do with the method of extraction. Espresso machines use water under pressure, so it must have some resistance while penetrating coffee or else the coffee will be flat. Of course, if the grind is too fine, coffee will end up bitter, due to higher density and increased time water needs to pass through it. Fine grind is the usual setting for espresso. Filter coffee doesn’t use pressurized water, so the coarser grind is used, to allow water to penetrate coffee easily.

Are All Coffee Types Suitable for Espresso Roast?

The short answer to this question is no. The long answer would probably take several lengthy articles, resulting in Coffee Sesh editors having a fit, so let’s try and find a middle ground.

We mentioned that darker roasts tend to reduce acidity and have a more pronounced burnt flavor. Other consequences of dark roasts are less caffeine and almost no body left. This is an issue for people who enjoy some flavor in their cup of coffee, especially since some brands of coffee don’t tolerate dark roasts well. Some coffees get dark even before the first crack has appeared during roasting. Others can remain light even after the second crack, so getting them to full dark roast would result in burnt lumps of charcoal and fire alarms getting off in your house.

While there are many good things to be said about charcoal, making of a delicious cup of joe isn’t among them, something firemen will gladly explain to you once done with extinguishing the fire in your garage. Liking the idea of espresso drinks now?

Whether a coffee will be suitable for espresso depends not only on roast or type but on other factors as well, like do you add milk to your coffee or even the type of espresso machine being used. Depending on the level of extraction, coffee may result in perfect espresso on one machine or completely flat on another. Milk is often an underestimated factor. Some coffees will taste heavenly in black espresso, but be “meh” in a latte or a cappuccino.

That is why some roasters prefer to roast their coffee for black or for white coffee, rather than for espresso or filter. In the end, as much as people like to talk about espresso roast, it would appear that the secret for the perfect cup of espresso isn’t how long the coffee is roasted, but what coffee is used. 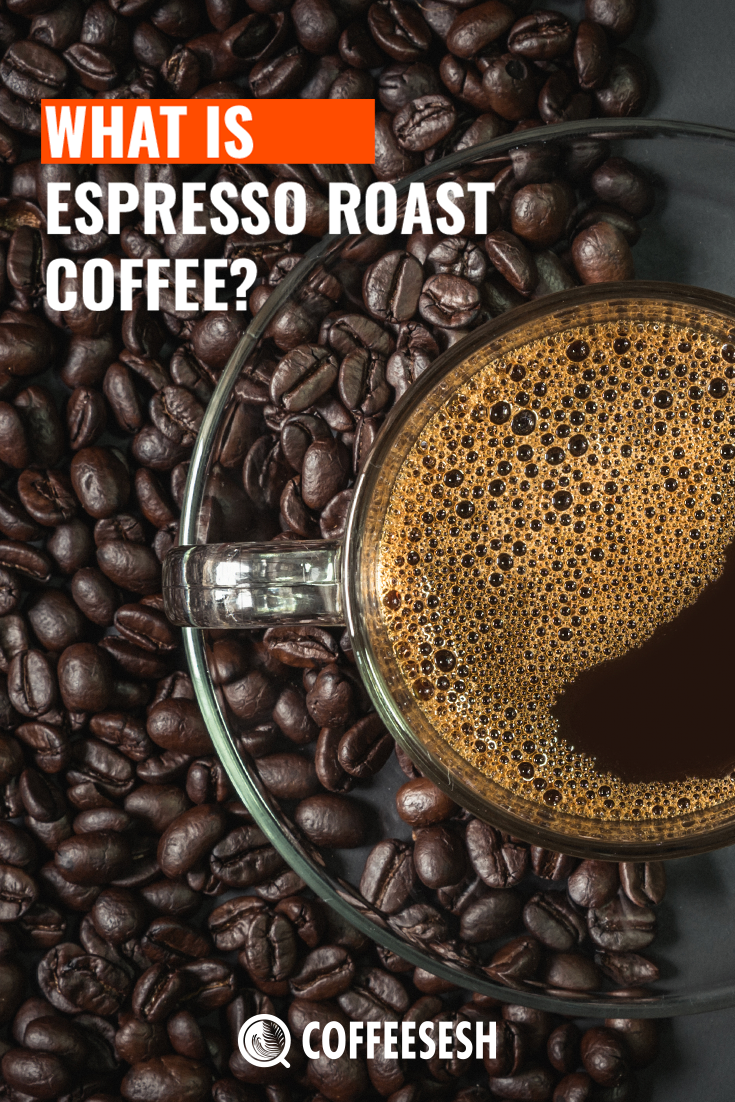 Everything You Need to Know About Cascara Coffee Fruit

What is white coffee?