Coffee wouldn’t mean anything to us without the roasting process. Coffee beans start as small red fruits, and turn green after the processing removes the skins and pulps of the bean. We have the Maillard Reaction to thank for changing them to brown through the roasting process, giving us something that resembles a bit more closely to what we recognize as everyday coffee. Still, from there a lot goes in to coffee to give us the flavorful beans we know and love.

Roasting causes “moisture [to be] forced out of the bean, [leading] it to dry and expand”. It does more than just change in color, but also weight and volume during this process. It’s during this time that natural sugars from inside the beans caramelize to form the flavors now so familiar (and quite possible cherished?) to us.

How Is It Roasted?

Roasting might be one of the more pricier processes of making coffee. This roaster from Amazon is not super cheap, but it seems worth it to make coffee your own from (pretty much) the start. There are cheaper ones out there, like this one from Nuvo that does have pretty good reviews, but it’s important not to skimp when it comes to a roaster. You’ll want a machine that will execute the temperate and times properly. Some people have managed to make some decently roasted coffee with a popcorn popper, believe it or not!

From there the roast coffee beans are moved to a cooling tray immediately, because in a matter of minutes the medium roast could turn dark. If not cooled properly, the sugars in the beans can compromised in a way that ruins the sweetness of the beans. The beans will also visibly look darker than a light roast by the end of the process.

It is not uncommon to have a medium-dark roast coffee blend, which means a kick up in temperature and a heavier body just a little bit (but not as much as for a full dark roast).

The brewing temperature that goes with roasting a medium roast creates a flavor that has become a preference for a lot of people. That caramelization has begun, but the beans are not heated enough to be burnt or for too much “chocolatey darkness” to begin. “They have no oil on the bean surfaces”, much like light roast beans, which aids in that flavor.

Medium roast coffee has a “mid-level acidity and fuller body”. The temperature brings out flavors such as caramel, as well as “citrus, fruit, berry, acidity”. A lot of people find pleasant as that caramelization has allowed for as certain level of sweetness.

Does Medium Roast Have More Caffeine than Light or Dark Roast?

Most people would probably believe that light roast has less caffeine and dark roast has more, but that’s just too easy. The reality is that cups of light, dark, and medium roast have very similar amounts of caffeine. It’s believed that this came from the idea that light beans are more dense and dark beans are less dense—so the beans themselves have more of less caffeine because of that.

Once ground and brewed, they still all come out neck-and-neck as far as caffeine content is concerned. If you are really pinching pennies in order to get the most from your roast, something on the lighter end may have the slightest bit more caffeine. That means medium roasts stand right as expected—in the middle!

Breakfast blends and regular roasts are quite popular, but do not let the names fool you. They are more likely than not medium roasts. It had become popular for having those roasts due to supermarkets and Starbucks being stocked with them. A lot of coffee shops also offer a medium roast as their house blend, but always ask about that before going for it. This is done in order to avoid surprising customers with the harsher flavors of a dark roast or the lightness of anything on the other end of roasting temperatures. 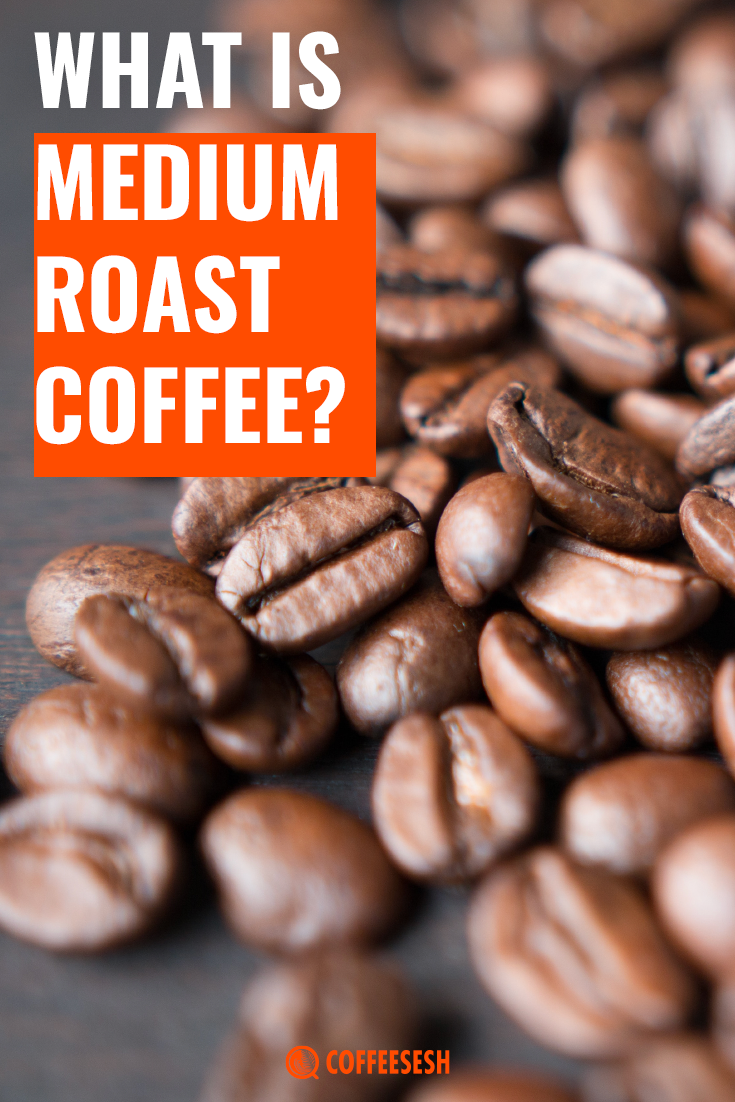 Yemen & Coffee: Everything You Wanted to Know