The weather is warming up in the States. You’re either in the midst of planning a summer vacation or prepping for finals (if you’re in college), meaning you’re in need for more caffeine than ever! It’s time to switch from hot to cold coffee—or maybe you did months ago as a way to channel the warm weather. Either way, a steamy mug is no longer the way to go unless you want some odd looks.

Iced coffee has been around for centuries and the concept appears to have come from lands as far as Vienna and France, so no shame if it is your go-to. Iced coffee’s younger sibling, cold brew, has quickly gained its own fame in the past five years or so as it has become more readily available. The difference between cold brew and iced coffee comes down to how it is made and the flavor that comes out of that process.

What is Iced Coffee?

Think of iced coffee as your grandma’s summer coffee. Not bad but just old school and in need of some updating after years of the same thing. Iced coffee has been around for a surprisingly long time, but its popularity has never quite trumped that of hot coffee.

Iced coffee is literally what it sounds like. It is simple to order and just as simple to make because you just pour cooled-down coffee over ice. One can add any flavors or creamers desired, sometimes making it resemble more of an iced latte than iced coffee, but the key is to keep it cold with tons of ice (diluted coffee tastes terrible).

What is Cold Brew Coffee?

Personally, it feels like I’m witnessing a tragedy when I hear someone ordering an iced coffee when there’s a perfectly good cold brew on the menu. I wish I could say my harsh reaction comes from cold brew has more caffeine in it, but that is a debatable conclusion.

The benefit of cold brew comes down to the flavor. Every place you go to makes it differently unless you stick to the mass-produced Starbucks or Dunkin’ options. The flavor will never be quite the same one cold brew to the next, but all cold brews tend to have similar characteristics—that being milder and sweeter.

Coffee’s claim to fame, its bitterness, is left behind with the heat. Some days call for intense flavor, but cold brew is here for you when you just want to sip and relax.

The best cold brews should be able to be enjoyed without ice, but adding ice in order to keep it cooled on an extra-long day should not mess up the flavor too much.

How to Make Cold Brew?

The difference between cold brew and iced coffee circles back to the process of making each one. It is more of a lengthy process but nothing about it is very complex. We’ve discussed how to make iced coffee and cold brew before, which can be found here. To sum that up, coarsely grind your coffee. Measure it with water. Mix in a french press. Leave it. Strain. It’s that easy!

Cold-brew is something that can easily be made at home, as you can see, and I recommend doing so if you’re looking to incorporate some fun into your coffee routine.

At the same time, it is important to understand the process when purchasing cold brew at your local coffee shop. Everything from ordering the cold brew to discussing it with the barista will become more of experience once you know what you are talking about. Given the right barista, ask to see their machinery for the process—it is often not to be missed.

Regular iced coffee is more acidic, which for most people leads to that need to add creamers to it. Too much creamer is just a mess of sugar crashes and unnecessary calories. This is not to say that some acidic coffees have a rich flavor to them at the same time, but that is not for everyone.

Cold brew, on the other hand, tends to have a rich, smooth flavor to it. If made right, cold brew often only needs a splash of milk (even that is a bit much; a cold brew served black is another type of magic). Cold brew is a good way to get your taste buds used to black coffee if you are trying to wean yourself off the creamers and more into that direction.

Why is Cold Brew so Popular?

All cold coffees changed the game, but it’s the culture around cold brew that is also notable. Stores appear to compete for the cutest cold brew cans and cold brew on tap.

We agree that it comes down to the flavor, but the additional options are nice to have. It is so cool to see what baristas and coffee shop owners can come up with when it comes to how to present and sell their cold brews. Flavored cold brews and even cold brewed inspired beers are on the market as well.

Like other aspects of coffee culture, cold brew comes at a price. It is more often than not more expensive than iced coffee—but for good reasoning. Cold brew requires more coffee grounds to make than iced coffee. You aren’t just paying for the novelty but the actual material needed for the product. And let’s be real, most of us will pay a pretty penny for a perfect cold coffee on a hot day.

Which one is for you?

Here’s a few questions to ask yourself followed by the best choice to take if you agree.

Not to sound biased, but definitely give cold brew a chance if you haven’t already. The difference between iced coffee and cold brew, more than anything, highlights that each one has their own benefits. It’s just a matter of making sure you give each one a try. 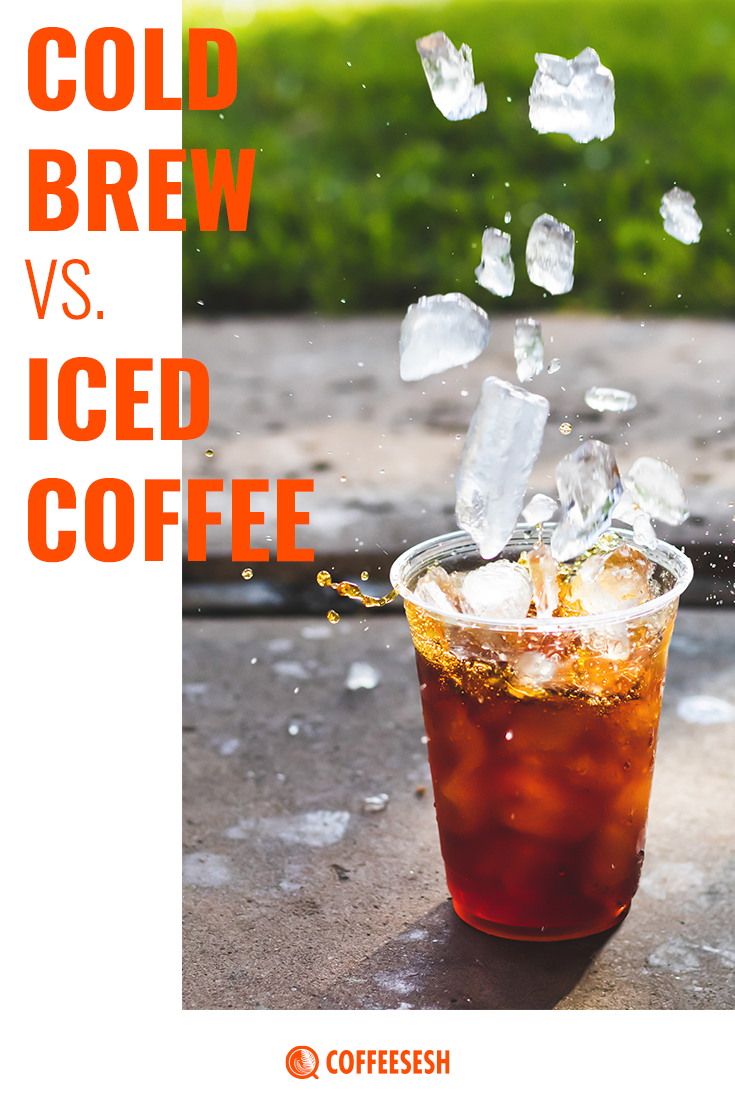 What Is Mushroom Coffee?

The Most Caffeinated Coffee Brands on the Market